Somehow we got ourselves organized enough to get out of the city with a small group. One of the aussies had a friend from Liberec and that was our destination as it was only an hour north of Prague. Once in the small city, we took the windy tram up to the mountains where our main destination was, Ještěd. We nearly died as the tram had to slam on its breaks to avoid a car cutting it off...a small child actually fell off their stroller and a grandma hit her head but everyone seemed fine afterwards.

Once we got on the small gondola, crammed in with retired group of Germans, we had a picnic on the top of the mountain. The view was awesome and had a weird modern looking lookout point/restaurant on the top of the ski-hill which looked over the borders of Germany and Poland. There were many weird statues that we found and took photos on that day and we made it just in time to catch out bus back. That night was games night! Lots of jenga, beer pong and flip cup ensued...the neighbours really must hate that the hostel hosting so many fun events. 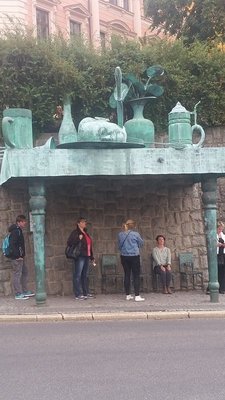 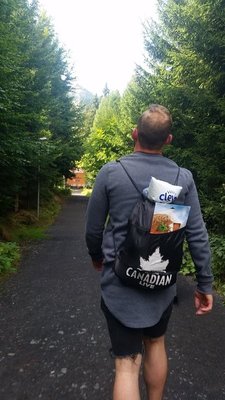 Did we mention there were some fun things to climb in Liberec too? :D

Previous Next Table of contents

Comments on this blog entry are now closed to non-Travellerspoint members. You can still leave a comment if you are a member of Travellerspoint.

If you aren't a member of Travellerspoint yet, you can join for free.